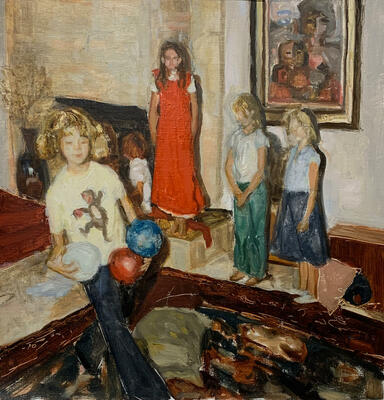 I was born and raised in California and came from a science and maths background, but it took a desk job in Silicon Valley to make me realise I needed to learn to paint. I began by doing it mornings and weekends, and when life eventually led me to England, I took a quick detour through silversmithing before settling back into painting. After moving to The Malvern Hills in 2014, I became part of the art community surrounding Malvern Hills College while attending classes there with Kim Williams and Brian Gorst.

When my parents passed away that same year, I became preoccupied with the huge collection of family photographs I discovered in their garage. Many of the people in them were unidentified, but even those I knew came with surprises, like the candid snapshots of my grandmother that revealed an internal life that I had never been aware of as a child. Other photographs were so fascinating in their strangeness that I felt compelled to paint them over and over again. The whole collection became the focus for ideas about alienation, meaning, remembrance, public and private persona, longing, and so on. Ultimately, I began combining these ‘characters’ in scenes I borrow from other parts of my life, such as horror movies from my childhood, vintage advertisements, landscapes I’ve lived in, and paintings I have loved.

I combine all these elements in digital collages - it’s my way of sketching, making associations, experimenting, or working out compositions. It’s where I play with ideas. When I have a scene that resonates with me, I move on to develop it through various studies that might include cut outs and collage, notan studies, gouache, printmaking and oil sketches before being developed into full sized paintings.

It’s exciting to participate in Worcestershire Open Studios for the first time. I’m joining Deb Catesby, who shares my love of narrative. We hope you’ll come see us.

Venue address
The Hollybush
Worcester Road
Whitbourne
WR6 5RB
Directions:
The Hollybush is a grey stone barn on the LH side of the A44 Worcester to Bromyard road between Knightwick and the Whitbourne turning. There is parking in a layby outside the barn or on the grey drive.
Telephone:
07943866376
Venue Facilities:

https://www.erinconel.com
Get directions from Google
Maps and locations are generated automatically from addresses using third-party services. We cannot guarantee that this information is completely accurate. 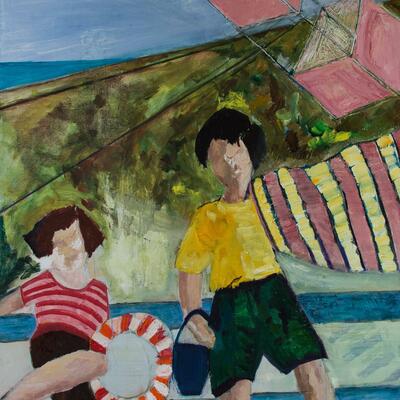